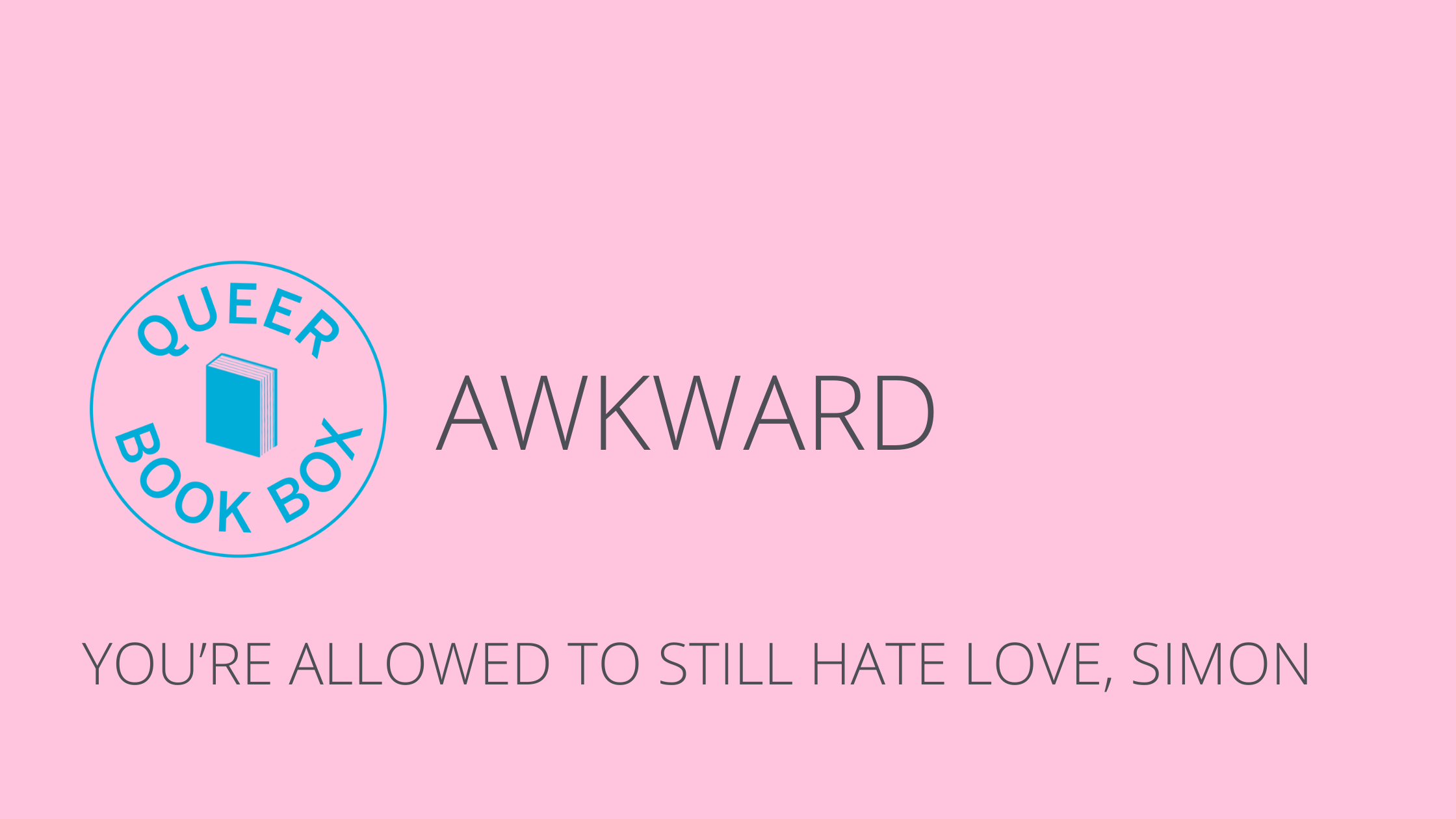 Let’s make one thing clear, Becky Albertalli’s identity is valid. She self-identifies into the queer community and that’s all it takes to be here! But that doesn’t mean you have to get on board with Love, Simon.

The author of Love, Simon or Simon Vs The Homo Sapiens Agenda (referred to as Simon here on out for the sake of simplicity/word count) recently came out on a blog post titled I Know I’m Late. She talks about her life , her feelings, her experience of the same gaslighting a lot of us go through when we’re told how we're supposed to be, and she’s not happy. It’s not the way she wanted it to be.

The thing is, you can accept her, even feel bad that she’s felt pressured into coming out, and still hate not want to read Simon. It’s been criticised, legitimately, for not being a great example for young queer people and yet it’s the best-known queer young adult book out there. It’s not particularly nuanced (but hey, neither was I when I was in the target age bracket), and Simon himself isn’t treated well. His queerness is used to blackmail and shame him and when his friends learn this, they want an apology from him.

This is not a book written for queer people, it’s for people who are ok with this kind of thing happening, like maybe it’s not that serious and aren’t they all fine in the end anyway? I’m not saying that all of the people who got Simon to the #1 New York Times Bestseller spot are monsters who think blackmailing children is great, I’m saying there’s something pretty uncomfortable about the success of this book when there are hundreds of queer YA books with better stories for their queer characters and authors who are open about writing from their lived experience. What does that say about the mainstream appetite for queer books?

The publishing industry is extremely white, extremely cis- and hetero-normative, extremely ableist, extremely sexist. The suggestion in Albertalli’s blog that it is offensive to want own voices stories, and to criticise those that aren’t, falls pretty flat. She acknowledges her privilege soon after this but doesn’t seem to connect the two. She doesn’t seem to see the link between her (then proclaimed) straightness and the privilege that gave her over out queer authors. If the publishing industry is going to get away with publishing queer stories, it should at least be something palatable for the general audience, right? Something vanilla, something safe. Perhaps I’m being unfair.

Albertalli proved to the mainstream that there is money to be made in queer YA storytelling, and whether that led to a boom in own voices storytelling or not is up for debate. Albertalli created something, she put it out into the world and made lots of money, and along with that comes legitimate criticism from a group of people feeling hurt, and inevitably internet trolls. The whole thing feels deeply uncomfortable, because who has the power in this situation? Who is able to make change? Whose hurt is worse? And where does the money go?

You're not a bad gay if you liked this book. If you felt seen by it or if it helped you that's genuinely a great thing. Right now I'm speaking to the people who hated this book, or what it stands for: you don't have to feel bad now that you know Albertalli is queer.

I feel bad for Albertalli. She’s angry and that’s fair. But so am I, and that’s fair too. You can welcome Albertelli to the fold with banners waving, Frank Ocean blasting, cannons shooting confetti the colours of the bisexual flag and still not want to read that damn book.